Flipping the script with
Ara Taiohi

”I am guided by my loved ones above, protected by my brothers, backed by my parents, grounded by my irāmutu, driven by my community and rangatahi, fulfilled by my friends and nurtured by my pou tokomanawa, my nan.

Youth worker Karen (Kaz) Hepi committed to breaking the cycle of drugs, alcohol and violence in her own whānau — and now she is helping others to do the same.

At 27, Kaz is one of 1800 members of Ara Taiohi, the youth development organisation helping young people in Aotearoa/New Zealand to thrive.

Raised in Moerewa and Kaikohe in Northland, Karen grew up in a whānau in which gangs, alcohol and drug abuse, and family harm were the norm. “There was so much pain, trauma and challenge. I always knew that it was up to me to change our version of normal. If not me, then who, and if not now, then when? I’ve always lived by that whakataukī.”

Education was the key. “I fell in love with learning,” she says. “It became the peace to the anarchy that surrounded me. I knew it was my only option for a better lifestyle — it was the only way I could see out.”

At 21, Kaz graduated from the University of Waikato with a social science degree. Six months later, she joined Te Kotahitanga e Mahi Kaha Trust as a youth navigator and educator, then after two years returned home to Moerewa where she is now a youth worker at He Iwi Kotahi Tatou Trust. Kaz is also a part of Ara Taiohi’s Rangatahi Regeneration 2022 rōpū.

“Rangatahi Regeneration is about indigenous excellence,” says Kaz. “It’s learning and acknowledging who we are, where we come from and how that can support us in the journey we are on now and the one we see ourselves on in the years to come.”

She says Ara Taiohi’s influence has helped her to understand and reconnect with her whakapapa, and also provided tools and teachings to amplify the mahi she currently does, with a mana-enhancing approach.

One of the important roles of Rangatahi Regeneration, which is now in its second year, is sharing and teaching the Mana Taiohi youth development principles, says Ara Taiohi CEO Jane Zintl. That involves five or six young people, of whom Kaz is one, teaching people of all ages and contexts how to engage better with youth, informed by the code of ethics the organisation has developed.

”It’s all about flipping the script. They are experts in what it is to be young, and how to engage with youth.

Jane points to the enormous challenges facing rangatahi today. “Recent research highlights the resilience of young people, but the reality of their challenges is undeniable. COVID-19 has had a disproportionate impact on rangatahi in mental health, education and employability. Young people have hope for the future but they need support, and the youth development sector is vital in providing this.”

Kaz’s mahi is already reaping heart-warming results. Take 19-year-old Reign, who this time last year was a heavy meth user, disconnected from her whānau and looking at a possible future in jail. In October 2022, after a year of Kaz’s guidance and support, she was on her way to Auckland from the Far North to begin training in business management and travel — and most importantly, her whānau is supporting her journey.

“These are the pinnacle moments in my mahi — seeing the shift of the mind-set in the young people,” Kaz says. “Yes, they may come from broken environments, but the moment someone steps into their life and shows them a different version of their normal they can then see, feel, believe, strive and dream better possibilities for themselves.” 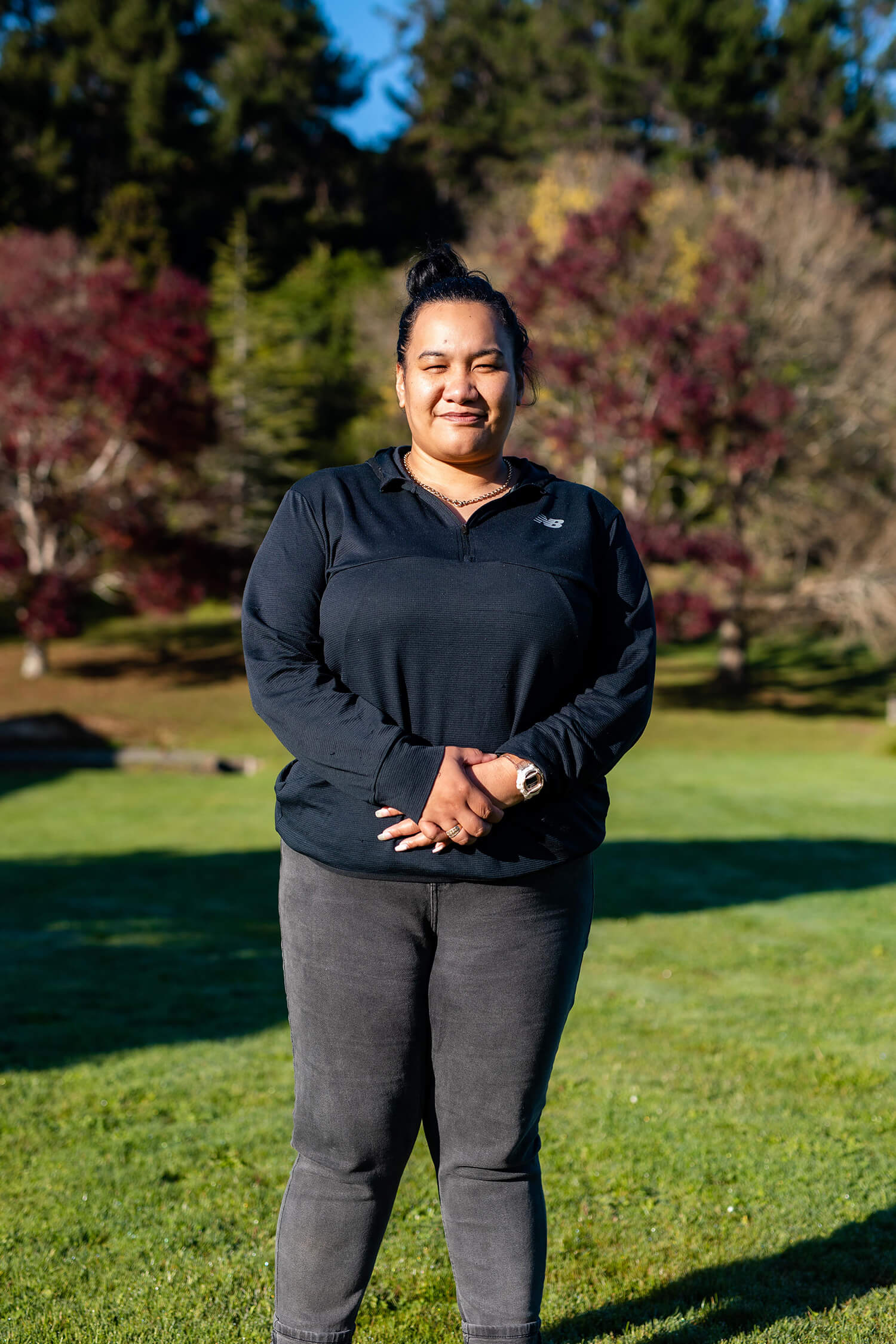